Plenty of maps mess up New England states because they're small and the states are small, but to have so much room and end up here... I dunno. This does at least depict (sort of) my long standing opinion that the nub should be part of New York and Long Island should be part of Connecticut.

I built her a website. It was not good. It worked, but brought us both great shame.

To be fair, at the time there wasn’t a lot of content, and most of what she needed/wanted from it was theoretical. But, time has passed, and now there’s 38 episodes with many more to come, a blog, and a newsletter.

Beyond a visual refresh, the back-end of the site was changed from pulling episode content from Storyblok to pulling it directly from Simplecast which means content isn’t living in two places. Storyblok is still in play for page content and blog posts. It’s also still a GatsbyJS site distributed through Netlify.

Anywho, go check it out.

I probably broke some stuff too, so if you see something, say something.

There’s a bookmark folder in Safari across all of my devices titled “HTML/CSS”. I don’t use bookmarks that much, but I did when I was first getting interested in web development. I’ve gone back to Safari on all of my devices lately, mostly to use handoff and have consistent sharing options, and I thought it was time to take a look at those bookmarks and see what was worth keeping.

Notice: The WebPlatform project, supported by various stewards between 2012 and 2015, has been discontinued. This site is now available on github . New documentation can be found at MDN Web Docs .

Grid is a great learning tool but no longer supported.

No pizza for me

I did come a lot closer than I thought I would though, ending up at 30 books, with two in progress as I write this, one of which I might finish by the end of the year. Some notes on what helped me read way more this year than the year before:

Started and will probably finish someday

Alright, let’s move on to the books I actually read.

I’m not sure these need to be separated out, but these ones all have pictures with the words.

Read but I suggest you just read the Wikipedia entry instead

All of these are perfectly good books, but they’re a lot of words around a main point that’s maybe a five paragraph essay.

There’s a few books in this category that I started but have not finished nor given up on (Code Complete by Steve McConnell being the big one), a lot of work related books I read in very short sessions when I’m looking for something specifically relevant to what I’m doing.

This week is my last week as a software developer at Education First. I’m off to something new, but before going I wanted to take a look back at my first EF trip. I went on two trips while working at EF (Spain first, then Ireland and the United Kingdom), but my very first one was as a customer, back in high school, when my Latin class went to Italy on a tour now called Bell’Italia.

When I went looking for some sort of evidence of that trip to Italy, I realized all of the pictures I took had never made it to any form of modern computing storage — they were still saved on some floppy disks back at my parent’s house. The timing was fortunate though, my parents were coming up for Thanksgiving anyway, all I needed to do was order a USB disk reader off of Amazon.

Technical aside: The floppy disks are from Mystic Color Lab, where we got all of our film processed, circa 1999 (take that, Y2K!). The pictures were processed then scanned, and saved at a mind-blowing 600×400 resolution. If I remember correctly that was close to what you got from a low end digital camera at the time, and it probably gave them some overhead to always fit 1 roll of film on 1 floppy disk. I think our computer at the time had a 800x600 display so I’m sure they looked great on it. Impressively, all of the 20 year old disks could be read without issue, but sadly no one seems to know where the printed copies of these photos are, so 600×400 might be the best I’m ever going to have of these. Also worth mentioning, two years later I had a digital camera that took pictures at 1280×960 and Mystic Color Lab was out of business.

Of course I’m not in any of these pictures, so there’s no proof that I really went except for me having these random pictures of Italy, but I assure you I did. It was maybe the most memorable experience from high school, even before finding these photos I knew what was on all of them, and it was one of the primary motivations for wanting to work at EF. I’m sad to go, but I’m excited about what’s next, and I’m betting that they’ll pop back up in my life when my daughter is old enough to travel.

kids playing soccer in an alley in Venice, which is peak Italy as I remember it

light from the center hole in the Pantheon

Florence from the Duomo

the picture every Latin student has to take, from Pompeii

the countryside around, if I remember correctly, Assisi

I took my daughter to see Spirited Away at the local theatre today, part of the Studio Ghibli Fest 2019 , reshowing the films on big(ish) screens. Some thoughts:

My daughter, I think because Halloween is coming up, started listing the things she isn’t afraid of the other day, which went something like “not ghosts, not goblins, not alligators but I am afraid of crocodiles a little bit” and I guess she can add her parents turning into pigs on there with the Nile crocodiles now. 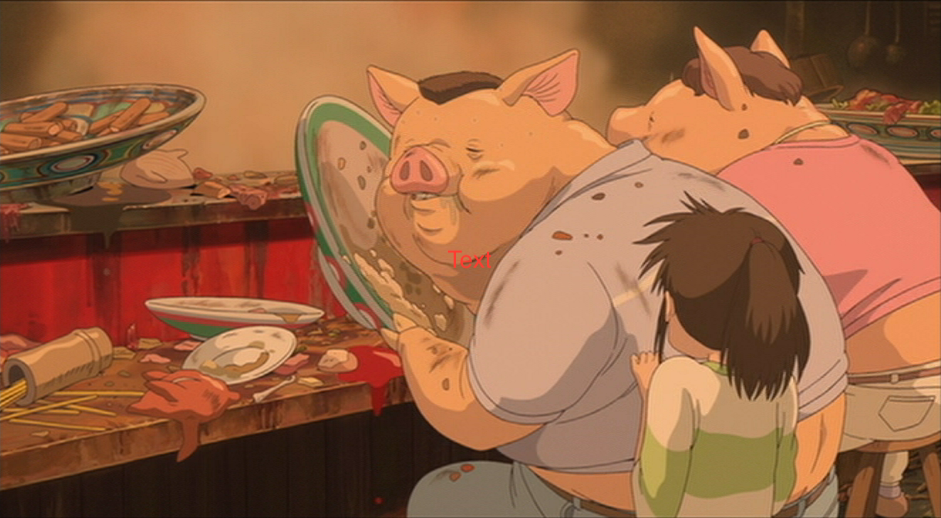 The only other movie we got to see this year for the Ghibli Fest was My Neighbor Totoro. It was definitely the better pick to see with a 4 year old, but even in that one there’s an extended scene where everyone thinks Mei has drowned, and while Totoro is fuzzy he’s far from warm and fuzzy. We missed Kiki’s Delivery Service but I’d like to watch it with her at some point, I recall it being the most Americanized of them, but who knows what parts I’ve forgotten that she’ll find strange.

That time I went to Kyrgyzstan

This was a great bug from my iPhone 3G that just keeps on giving every time I open Photos. 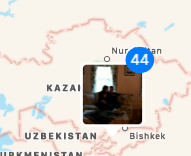 We were joking at work the other day about how dealing with timezones will only be worse once space travel is common, but imagine getting someone results for the closest pizza place on the wrong planet. Also, I couldn't find what you call geotagging on Mars (maybe still geotagging since geo usually relates to lower-case earth not Earth), but fortunately there's a microformat spec proposal for it already.

The best part of the library is the random bookmarks 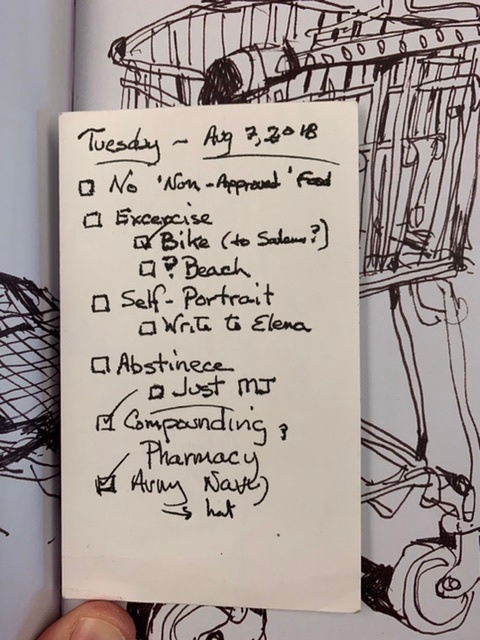 Definitely my favorite thing in the library, finding random things used as bookmarks. Notecards with lists on them are a common one, but this is another level. Who is this person? Why did they make this list? Why did they read this book!

When you think, "oh, I have an idea for something I can code," and you Google it and there's a blog post explaining exactly how to do it in the language and environment you were going to do it in: