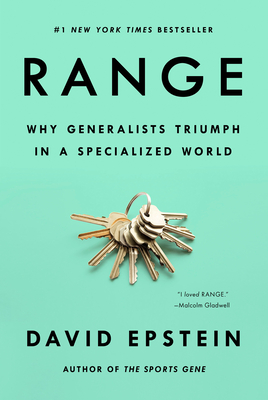 As one oncologist put it, “The difference between winning at Jeopardy! and curing all cancer is that we know the answer to Jeopardy! questions.” With cancer, we’re still working on posing the right questions in the first place.

Mostly, though, students get what economist Bryan Caplan called narrow vocational training for jobs few of them will ever have. Three-quarters of American college graduates go on to a career unrelated to their major — a trend that includes math and science majors — after having become competent only with the tools of a single discipline.

Vivaldi wrote oboe parts specifically for Pelegrina, but in her sixties her teeth fell out, abruptly ending her oboe career. So she switched back to violin, and continued performing into her seventies.

Compared to the Tiger Mother’s tome, a parenting manual oriented toward creative achievement would have to open with a much shorter list of rules. In offering advice to parents, psychologist Adam Grant noted that creativity may be difficult to nature, but it is easy to thwart. He pointed to a study that found an average of six household rules for typical children, compared to one in households with extremely creative children. The parents with creative children made their opinions known after their kids did something they didn’t like, they just did not proscribe it beforehand. Their households were low on prior restraint.

It can even help to be wildly wrong. Metcalfe and colleagues have repeatedly demonstrated a “hypercorrection effect.” The more confident a learn is of their wrong answer, the better the information sticks when they subsequently learn the right answer. Tolerating big mistakes can create the best learning opportunities.

Platforms like Medium and LinkedIn are absolutely rife with posts about shiny new, unsupported learning hacks that lead to mind-glowingly rapid progress—from special dietary supplements and “brain-training” apps to audio cues meant to alter brain waves. In 2007, the U.S. Department of Education published a report by six scientists and an accomplished teacher who were asked to identify learning strategies that truly have scientific backing. Spacing, testing, and using making-connections questions were on the extremely short list. All three impair performance in the short term.

“Above all, the most basic message is that teachers and students must avoid interpreting current performance as learning. Good performance on a test during the learning process can indicate mastery, but learners and teachers need to be aware that such performance will often index, instead, fast but fleeting progress.

Seth Godin, author of some of the most popular career writing in the world, wrote a book disparaging the idea that “quitters never win.” Godin argued that “winners”—he generally meant individuals who reach the apex of their domain—quit fast and often when they detect that a plan is not the best fit, and do not feel bad about it. “We fail,” he wrote, when we stick with “tasks we don’t have the guts to quit.”

Psychologist Dan Gilbert called it the “end of history illusion.” From teenagers to senior citizens, we recognize that our desires and motivations sure changed a lot in the past (see: your old hairstyle), but believe they will not change much in the future. In Gilbert’s terms, we are works in progress claiming to be finished.

Paul Graham, computer scientist and cofounder of Y Combinator—the start-up funder of Airbnb, Dropbox, Stripe, and Twitch—encapsulated Ibarra’s tenets in a high school graduation speech he wrote, but never delivered: “It might seem that nothing would be easier than deciding what you like, but it turns out to be hard, partly because it’s hard to get an accurate picture of most jobs…..Most of the work I’ve done in the last ten years didn’t exist when I was in high school…..In such a world it’s not a good idea to have fixed plans.”

Even though he was revered by then, Yokoi had to push and shove internally for his “lateral thinking with withered technology” concept to be approved for the Game Boy. “It was difficult to get Nintendo to understand,” he said later. Yokoi was convinced, though, that if users were drawn into the games, technological power would be an afterthought. “If you draw two circles on a blackboard, and say, ‘That’s a snowman,’ everyone who sees it will sense the white color of the snow,” he argued.

“Do not be an engineer, he said, be a producer. “The producer knows that there’s such a thing as a semiconductor, but doesn’t need to know its inner workings…. That can be left to the experts.”

Eminent physicist and mathematician Freeman Dyson styled it this way: we need both focused frogs and visionary birds. “Birds fly high in the air and survey broad vistas of mathematics out to the far horizon,” Dyson wrote in 2009. “They delight in concepts that unify our thinking and bring together diverse problems from different parts of the landscape. Frogs live in the mud below and see only the flowers that grow nearby. They delight in the details of particular objects, and they solve problems one at a time.” As a mathematician, Dyson labeled himself a frog, but contended, “It is stupid to claim that birds are better than frogs because they see farther, or that frogs are better than birds because they see deeper.” The world, he wrote, is both broad and deep. “We need birds and frogs working together to explore it.”

Taylor and Greve expected a typical industrial production learning curve: creators learn by repetition, so creators making more comics in a given span of time would make better ones on average. They were wrong. Also, as had been shown in industrial production, they guessed that the more resources a publisher had, the better its creators’ average product would be. Wrong. And they made the very intuitive prediction that as creators’ years of experience in the industry increased, they would make better comics on average. Wrong again.

A high-repetition workload negatively impacted performance. Years of experience had no impact at all. If not experience, repetition, or resources, what helped creators make better comics on average and innovate?

The answer (in addition to not being overworked) was how many of twenty-two different genres a creator had worked in, from comedy and crime, to fantasy, adult, nonfiction, and sci-fi. Where length of experience did not differentiate creators, breadth of experience did. Broad genre experience made creators better on average and more likely to innovate.

Griffin’s research team noticed that serial innovators repeatedly claimed that they themselves would be screened out under their company’s current hiring practices. “A mechanistic approach to hiring, while yielding highly reproducible results, in fact reduces the numbers of high-potential [for innovation] candidates,” they wrote.

The integrators outperformed their colleagues on pretty much everything, but they especially trounced them on long-term predictions. Eventually, Tetlock conferred nicknames (borrowed from philosopher Isaiah Berlin) that became famous throughout the psychology and intelligence-gathering communities: the narrow-view hedgehogs, who “know one big thing,” and the integrator foxes, who “know many little things.”

Incredibly, the hedgehogs performed especially poorly on long-term predictions within their domain of expertise. They actually got worse as they accumulated credentials and experience in their field. The more information they had to work with, the more they could fit any story to their worldview. This did give hedgehogs one conspicuous advantage. Viewing every world event through their preferred keyhole made it easy to fashion compelling stories about anything that occurred, and to tell the stories with adamant authority. In other words, they make great TV.

A hallmark of interactions on the best teams is what psychologist Jonathan Baron termed “active open-mindedness.” The best forecasters view their own ideas as hypotheses in need of testing. Their aim is not to convince their teammates of their own expertise, but to encourage their teammates to help them falsify their own notions. In the sweep of humanity, that is not normal. Asked a difficult question—for example, “Would providing more money for public schools significantly improve the quality of teaching and learning?”—people naturally come up with a deluge of “myside” ideas. Armed with a web browser, they don’t start searching for why they are probably wrong. It is not that we are unable to come up with contrary ideas, it is just that our strong instinct is not to.

In a study during the run-up to the Brexit vote, a small majority of both Remainers and Brexiters were able to correctly interpret made-up statistics about the efficacy of a rash-curing skin cream, but when voters were given the same exact data presented as if it indicated that immigration either increased or decreased crime, hordes of Brits suddenly became innumerate and misinterpreted statistics that disagreed with their political beliefs. Kahan found the same phenomenon in the United States using skin cream and gun control. Kahan also documented a personality feature that fought back against that propensity: science curiosity. Not science knowledge, science curiosity.