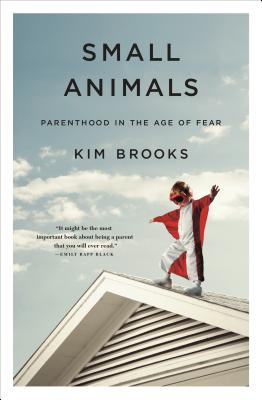 Margaret Mead wrote, “A society that cuts off older people from meaningful contact with children, a society that segregates any group of men and women in such a way that they are prevented from having or caring for children, is greatly endangered.” Bullshit, I’d thought when I read this in college. If I ever have kids of my own, I’d sooner let a stranger on the street help me care for them than the lunatics who raised me.

When child-rearing is something most people do for one reason or another (economic necessity, religious obligation, creating future warriors for battling rival tribes, and so on), when birthrates are high, parenthood common, children abundant and well integrated into various aspects of communal life, a baseline level of cooperation and benefit-of-the-doubt-giving pervades. But when being a parent is elevated to the most important thing you will ever do, a thing you in particular have chosen, a special duty and responsibility that only some accept, the stakes rise. If parenthood is no longer just a relationship or a part of “ordinary life” but instead a new kind of secular religion, then true tolerance of each other’s parenting differences becomes a lot more complicated and a lot less common. As Paula S. Fass writes in The End of American Childhood, “Once having children is defined as an individual choice, American parents often imagine that when they do not succeed or are less than completely successful … it is somehow their fault. Having made the choice, they are somehow obligated to do it right.” But obligated to whom?

The hoary, cobwebbed old wisdom is that parenthood is supposed to make you a better person. In some ways, this is true. Parenthood offers the opportunity to engage in a deeply intimate relationship with a human who is dependent on you for all of his physical, emotional, and psychological needs. It demands patience, sacrifice, compassion, and humility. It stretches us in ways not many experiences can. But at the same time, I began to realize, there was something about it that made people worse or, at least, worse to each other—worse neighbors, worse citizens, worse friends. That something, I’d come to see, was not parenthood itself but the anxiety that so often surrounds it.

“This shift that’s taken place, this idea that it is not safe for children to be out of our sight at any moment, this idea that a good parent is a parent who watches and manages and meddles and observes ceaselessly. This is not insignificant. This has profound consequences in the lives of parents and children. And most importantly, Kim, this is a shift that is not rooted in fact. It’s not rooted in any true change or any real danger. This shift is imaginary. It’s make-believe. It’s rooted in irrational fear.”

And yet, it feels as though nothing I do as an individual is going to have much of an impact on increasing class stratification or the melting ice caps or the rise of right-wing populism. Sure, I can donate and agitate, drive less, organize, and vote my conscience, but is this really going to make a difference? So much of what happens in the world falls beyond our narrow sphere of influence, and so our grip tightens on what we think we can control, on everything within reach. If one sees fear in this context, not as a passive state but as a thing we produce, a thing we do to soothe our feelings of helplessness in a largely indifferent world, the child-rearing style that Frank Furedi calls “paranoid parenting” begins to make sense

She goes on to say that if we feared rationally, we’d worry about obesity and diabetes, we’d worry about how to keep our kids far away from sugary juices, we’d worry about young drivers killed in moving-vehicle crashes, we’d worry about things like teen depression or cigarette addiction. Instead, we tend to focus on occurrences that are far less likely, and yet somehow more frightening. “The fact is,” she says, “having your kid get fat and develop heart disease and die before her time is sad, but it doesn’t scare people. There’s no Law and Order: Diabetes Unit. Instead, the media fixate on these nightmare scenarios with fascination because they scare us in a delicious way, like horror movies. The Centers for Disease Control warn that if current trends continue, one in three US adults could have diabetes by 2050, whereas a child’s chances of being abducted and murdered are way less than one in a million. On average, you’d have to leave your kid outside, unsupervised, for 750,000 years for this to happen. But abduction is titillating, it’s exciting, it has something to do with sex, something to do with violence. And the part of our brain that deals with assessing threats did not evolve to see threats like diabetes and heart disease, things that kill you slowly over a long period of time.”

These were the thoughts that met me when I opened my eyes in the morning. They were with me when I was with him, and they followed me when I tried to work. He was not a hardy baby, but would he be sickly forever? He wasn’t putting words together as much as expected or engaging in extended play. Did he have autism, a hearing problem, some other mysterious deficiency? Could I help him by doing something differently, giving him more time, more attention, by reading a book on new parenting styles or making my own baby food or learning the art of infant massage? Was I doing everything I could for him? Would he get into a good preschool, a good grade school, a decent college? Would he find a job, a calling, friends and lovers and eventually a mate? Would he have a rewarding career that paid the bills and filled his soul? Would he continue to love and value me? When he thought of me twenty years from now, or thirty, or fifty, would he think I’d done well? Would I be a point of pride and affection or of loathing and shame? And would any of this even matter? Would there still be colleges when it was time for him to go to school? An economy when it was time for him to get a job? Drinkable water or breathable air? One question led to another, which led to another, an endless train of worry chugging along.

“How did you get through it?” I asked her. I was hoping she was going to recommend a book, a pill, some quick fix to make this feeling of inadequacy go away. Instead, she looked at me kindly, quite earnestly, and said, “You know, I think after years and years, I learned to stop giving a fuck. If people I knew, friends or relatives or strangers or whoever, had an opinion about what kind of mother I was or wasn’t, if they thought I was making mistakes, or doing things the wrong way, being too this or too that, being selfish by not giving all of myself to my kids, I eventually decided, fuck ’em. I’m doing the best I can in a culture that offers parents little material or emotional support. If people have a problem with the way I’m doing it, fuck every last one of them. And it’s funny—that anger—that was what got me to a place where I could finally stop caring and enjoy the little monsters. That’s when I started feeling better.”