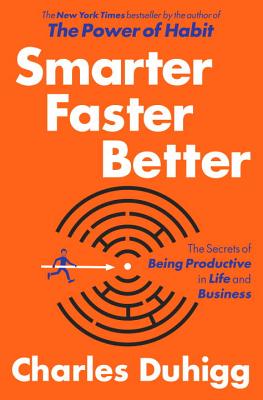 “Internal locus of control has been linked with academic success, higher self-motivation and social maturity, lower incidences of stress and depression, and longer life span,” a team of psychologists wrote in the journal Problems and Perspectives in Management in 2012. People with an internal locus of control tend to earn more money, have more friends, stay married longer, and report greater professional success and satisfaction.

“A lot of poker comes down to luck,” Annie told me. “Just like life. You never know where you’ll end up. When I checked myself into the psych hospital my sophomore year, there’s no way I would have guessed I would end up as a professional poker player. But you have to be comfortable not knowing exactly where life is going. That’s how I’ve learned to keep the anxiety away. All we can do is learn how to make the best decisions that are in front of us, and trust that, over time, the odds will be in our favor.

About Project Oxygen, from Google: a good manager:

That’s one of the reasons why your cable company asks all those questions when you sign up for service. If they ask if you prefer a paperless bill to an itemized statement, or the ultra package versus the platinum lineup, or HBO to Showtime, you’re more likely to be motivated to pay the bill each month. As long as we feel a sense of control, we’re more willing to play along.

Every choice we make in life is an experiment. Every day offers fresh opportunities to find better decision-making frames. We live in a time when data is more plentiful, cheaper to analyze, and easier to translate into action than every before. Smartphones, websites, digital databases, and apps put information at our fingertips. Bit it only becomes useful if we know how to make sense of it.

The EI had worked because instead of passively absorbing data, teachers made it "disfluent"- harder to process at first, but stickler once it was really understood.

“Something special happened inside those data rooms," said Macon, the principal. South Avondale improved not because teachers had more information but because they learned how to understand it. "With Google and the Internet and all the information we have now, you can find answers to almost anything in seconds," said Macon. “But South Avondale shows there's a difference between finding an answer and understanding what it means.”

“Creativity is just connecting things,” Apple cofounder Steve Jobs said in 1996. “When you ask creative people how they did something, they feel a little guilty because they didn’t really do it, they just saw something. It seemed obvious to them. after a while. That’s because they were able to connect experiences they’ve had and synthesize new things. And the reason they were able to do that was that they’ve had more experiences or they have thought more about their experiences than other people.” People become creative brokers, in other words, when they learn to pay attention to how things make them react and feel.

There were, however, two behaviors that all the good teams shared.

First, all the members of the good teams spoke in roughly the same proportion, a phenomenon the researchers referred to as “equality in distribution of conversational turn-taking.” In some teams, for instance, everyone spoke during each task. In other groups, conversation ebbed from assignment to assignment — but by the end of the day, everyone had spoken roughly the same amount. “As long as everyone got a change to talk the team did well,” said Woolley. “But if only one person or a small group spoke all the time, the collective intelligence declined. The conversations didn’t need to be equal every minute, but in aggregate, they had to balance out.” Second, the good teams tested as having “high average social sensitivity” — a fancy way of saying that the groups were skilled at inviting how members felt based on their tone of voice, how people held themselves, and the expressions on their faces.

As her research continued Edmondson found a handful of good norms that seemed to be consistently associated with higher productivity. On the best teams, for instance, leaders encouraged people to speak up; teammates felt like they could expose their vulnerabilities to one another; people said they could suggest ideas without fear of retribution; the culture discouraged people from making harsh judgements. As Edmondson’s list of good norms grew, she began to notice that everything shared a common attribute: They were all behaviors that created a sense of togetherness while also encouraging people to take a chance.